How to View Failure

Failure has such a negative stigma attached to it, but why? In life, we all fail a time or two. Some more often than others. It’s an inevitable experience for everyone and yet, it’s something that fosters such a great deal of shame within us when it happens.

Failure can come in so many different forms. Losing a job or not getting the job in the first place. Break ups or rejections. Not reaching goals or not making the ‘right’ goal in the first place. Failures can include ‘failing’ a test, or ‘failing’ an important project in school. Maybe you failed on your annual assessment or you didn’t pass the requirement for a promotion.

Regardless of the failure in question, it happens to all of us and in order to carry forward strong, we must look at failure in a different way then a complete and utter nightmare and as if YOU are a failure in life. Learning how to cope with failure is a growth process everyone should spend more time on, as failure leads to success when it’s not perceived as negative.

According to Carol Dweck, a researcher at Stanford University, there are two types of mindsets; the fixed mindset and the growth mindset.

According to Dweck, when a person has a fixed mindset they believe their basic abilities, intelligence, and talents are fixed and therefore cannot change.

Those with a growth mindset often look inward and value the potential for growth and seek out ways to do so. They believe with time and experience they can get better at things they may struggle with.

By shifting your mindset you can make a substantial difference in the way you perceive failure. This doesn’t mean you won’t have a moment of feeling bad or feeling sorry for yourself, but that feeling won’t last long as you will be too busy trying to figure out what you need to do next in order to do better next time.

Sometimes we fear failure mostly because we are afraid of what people might think. Maybe we were told not to try something because it wouldn’t work out and now we are afraid that those people will say, “I told you so.”

It is so important to ignore the naysayers. Chances are really good they spend more time being stuck in their own fears and criticizing others than they do on their own self growth. If they aren’t supportive and understanding of your effort; their opinion doesn’t matter.

Failure can build resilience, knowledge create lessons to ad to your lesson bank. If you don’t have a lesson bank, I strongly recommend you create one as part of your journaling practice and if you aren’t journalling; you should start.

Failure can help us value our successes and failure can often change the trajectory of our life in a way that turns out better than it would have, had we not failed. Maybe the failure was meant to serve us and maybe you can go as far as to say that the Universe had your back and orchestrated your failure in order to lead you in the direction that is more ideal.

I heard a quote a while back that read as follows:

“Life isn’t happening to you, it’s happening for you” — unknown

I am not sure who originally said it first but this quote was a game changer as I began to look at every experience so differently. This process isn’t always easy and it involves a level head, maturity, and a great deal of insight but when you can start shifting your mind to believe this; its powerful.

The moral of the story is; failure is not a bad thing and once you realize this your life will change and grow in ways you didn’t know were possible.

The next time you fail at something, ask yourself this; what was this supposed to teach me? What do I need to do to move forward and what can I learn that will help me do better next time?

“It is impossible to live without failing at something, unless you live so cautiously that you might as well not have lived at all, in which case you have failed by default.” — J.K. Rowling

For information on coaching services or to guest blog on my page, please feel free to contact me 🙂 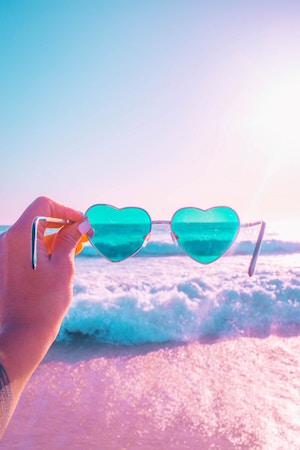